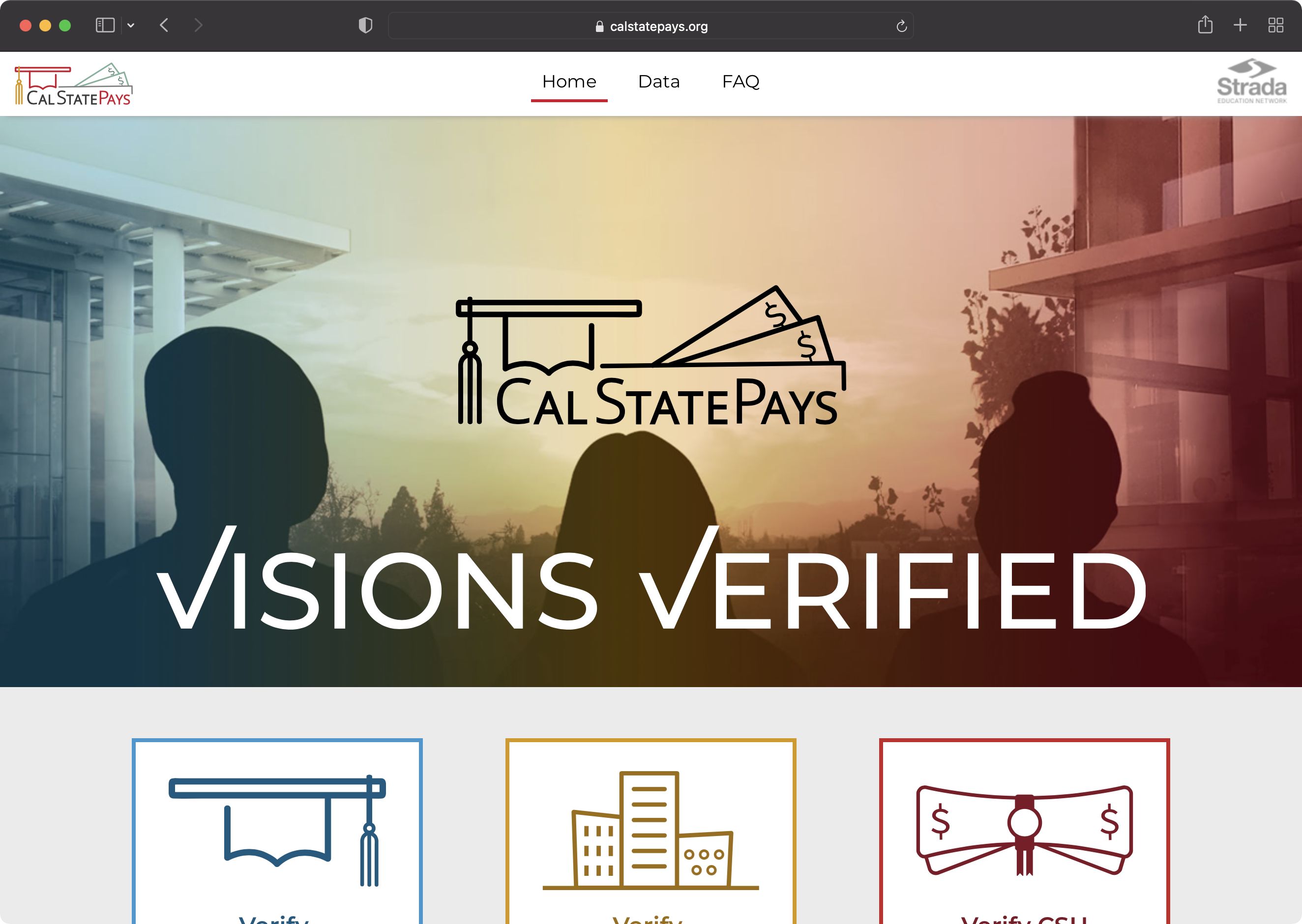 This Single Page Web Application (SPWA) was part of a research grant which analyzed earnings data across 5 California State University campuses that span the Metropolitan Los Angeles area. The goal was to convey via charts that staying in school and completing a degree yields higher wages in the long run. To that end META+LAB was commissioned to make the web application portion of the research grant into reality.

The challenges that this project presented were two-fold. On the one hand, it was our first time working on a project that focused on representing data in chart form. On the other hand, it was also our first time working with big data which required the use of Python, Pandas, and some R to analyze and filter down various CSV files to fit the application's MySQL needs.

As the lead software engineer on this project, one of the keys in making sure that each phase of the project was completed on time was to have a clear software design that everyone understood. To accomplish this, another key was to have constant communication amongst the development team as well as with the client to make sure that everyone was on the same page. This of course was difficult in the beginning but establishing consistent schedules and updates was another key in achieving the project's completion.

We decided to stick with a our tried and true web stack of Bootstrap CSS, Vuejs, and Laravel all hosted on two AWS spot instances. Utilizing Vuejs was the right call because it had all the necessary first party and third party libraries in place to accomplish the task of building a SPWA. For the chart functionality we used Vue-ECharts which is a third party Vue wrapper for Apache ECharts. The front-end routing was handled by Vue Router, and the application's state management was done with Vuex. Together with Vue and Bootstrap we were able to build an easy to navigate and quick to respond SPWA.

The following is a list of the various roles that I assumed during the development of this project: